Ryan Holmes, the CEO of Vancouver social media startup HootSuite, wrote a column in today’s Financial Post entitled “Why Canada is failing at tech“. Holmes basically asserts that Canadians are “failing” at technology because the country isn’t graduating enough computer science and engineering talent to fill the available job openings. I don’t think Holmes has gone deep enough in his analysis. Why aren’t many people choosing computer science and engineering as career paths and the “jobs of tomorrow”? The answer to the question, I think, is pretty simple: it’s actually not a very nice job being a software developer. 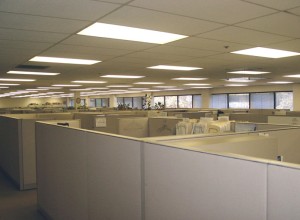 I used to be a software developer. I stopped being one, or at least I stopped being a software developer for a company that didn’t make software as its core product. Why? Because companies who don’t do IT work as their core competency invariably view their IT personnel merely as cost centres. IT departments have nearly zero input into the actual running of such businesses or the strategic direction, even if they have brilliant ideas. They are presumed to merely be  services organizations at the beck and call of the people who are doing the “actual work” of running the business. By the way, I’m not singling out CBC here for particular scorn. I’ve seen this at banks, retailers, car rental companies, airlines, etc. It’s just not very nice working as a a software developer or a system administrator for any of these companies, because you’re respected about as much as the janitor: a “necessary evil” (I’ve heard IT described that way by senior managers in “the business”) to be tolerated to the bare minimum level needed to do X, where X is the real business function (selling mutual funds, toilet paper, whatever).

This second-tier status also manifests itself physically at many of these enterprises. You can immediately tell IT’s position in the pecking order by the office space where they sit. It’s not uncommon to have IT staff in a different city, or even state, than head office, where all the people who “make the company money” (and the marketing staff, of course) sit. Just look at all the major US banks: their headquarters, with traders, brokers, etc. are in Manhattan, and their IT staff are parceled out to second-class real estate in New Jersey or beyond.

Now who knows, things might change. IT may well achieve the sunshine-and-unicorns position laid out in The Phoenix Project, or it may not. (I’m actually betting on “not”, but that’s a post for another day.) Until then, though, one has to assume that the information about how much it sucks to be a software developer in “the enterprise” trickles down to high school students looking to see what their career path looks like. I’m also not saying that a 16-year-old’s halcyon dreams of becoming a Pulitzer Prize-winning newspaper reporter will come to fruition either or earn them any money, but along the path of following their dreams, they’ll probably find something they like, because those dreams allow them to be creative and not just follow orders. For many kids who follow their technology dreams of becoming the next Mark Zuckerberg, that dream ends somewhere in a grey cubicle in an office park in suburban America.

Holmes’ company might not be like that — I don’t know. At the very least, though, HootSuite makes software, so its success or failure depends on how well its software developers write their code; the software is the business. But along the entire spectrum of organizations who need IT staff — and really, who doesn’t need IT staff these days? — companies who make software are still the rarity. It’s hard to see that when you work in a cool technology company making a whiz-bang social media dashboard, but the majority of the IT jobs in the world are not like that.