Here are some more quick hits from the Cultivate Conference last week in New York.

E-Mail Transparency and Other Culture Hack Tips from Patrick Collison 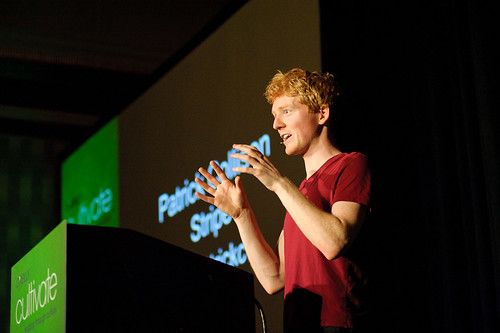 Patrick is the founder of Stripe, the payments company. When Stripe was a two person company, he and his co-founder decided that to maximize communication, they should receive each other’s email — in other words, they’d share an inbox. Although this is not sustainable now that Stripe has more than two employees, the company still uses e-mail as a primary communication medium by employing mailing lists — over a hundred of them — for all sorts of topics. Collison said that one of the first things that new employees are taught to do is to set up Gmail filters.

Patrick spoke without slides at all, which made it difficult for me to write down the salient points of his talk. I think eventually it ended up being a list of “culture hacks” that he helpfully posted on a HackPad that anyone can edit. I invite you to visit it and see what ideas he and others have had for “hacking a culture”.

Hiten Shah of KISSMetrics on Avoiding the Founder Bomb 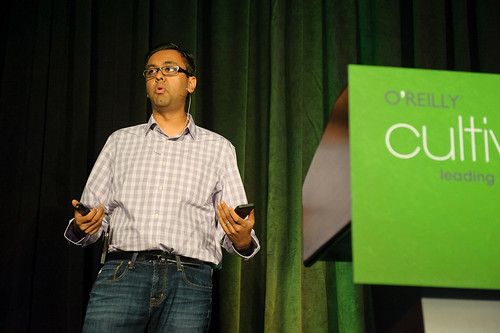 The “Founder Bomb” is when a founder hears about, or thinks up, a really good idea (or what they think of as a really good idea) and then starts calling random people in the organization to ask them when that idea will be ready, often talking a mile-a-minute. Since a founder’s ideas are often seen as 50x more powerful than others’ ideas, this kind of disruptive behavior causes panic and anxiety in companies. Hiten says he’s had to dial that back to avoid cheesing people off.

Knowing what team members are up to is important, though, so Hiten boils it down to two questions that he might ask any given person: what are you working on, and why are you working on it? The answer to the last question should be tied to some business objective and not just “because my boss asked me to do it”. “There are a lot of reasons why people work on things in a company”, Hiten said, “but their explanation of that is even more insightful.” Also, shipping often is not enough. Your company has to ship the right things.

On that note, Hiten jumped into an amalgam of advice about product management and building good teams.

Scott Chacon on Running a Distributed, Open-Source Business at GitHub 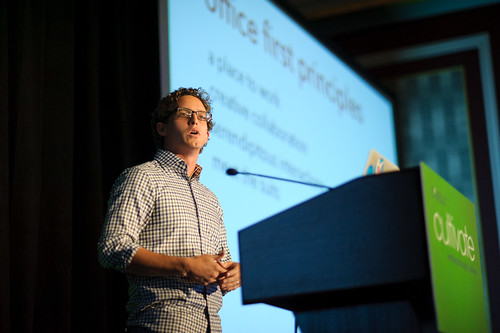 GitHub is a company that has more remote employees than ones at its San Francisco headquarters. Chacon put up a map of where all the GitHubbers live and it covered something like 40 countries. Obviously, their company culture has to reflect this in some way.

Chacon says he tries to have GitHub emulate some of the best features of open-source projects. In an open source project:

As they’ve built GitHub from the original core group, they’ve tried to hew as closely to these features as possible. To clear up a popular misconception about “GitHub having no managers”, Chacon says, it’s not that GitHub banned managers or fired the ones they had. If hiring a manager was the best way to solve a problem, they would do so, but so far have seen no need to hire any because they have been able to achieve their goals without any.

Chacon then moved to the topic of offices. An office serves as:

He then asked, do you really need a permanent place for all of this? The answer is… maybe. It helps to have an office, Chacon says, but people have to choose to come to the office because they feel it’s more productive than to not do so. Other than that, coming to an office should really be optional.

Chacon closed on a couple of points having to do with schedule, autonomy, and meetings.

Patty McCord on Being Honest 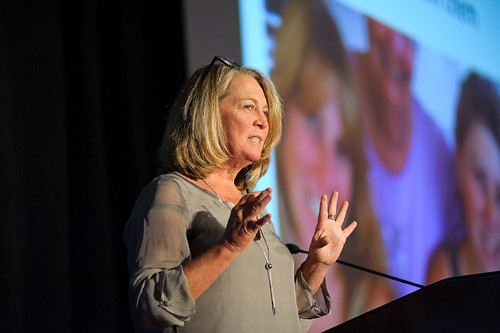 Patty McCord is a legend in Silicon Valley, having worked in management positions for Netflix, Sun Microsystems, Borland, etc and being the author of the infamous Netflix Culture document.  She’s quite blunt about the failings of human resources organizations and how to manage people. Honestly, I’m not a huge fan of the take-no-prisoners throw-anyone-under-the-bus-for-the-product way of doing things in Silicon Valley; I’ll give you some examples of things that she said:

Of all the talks, I found this one the most objectionable. The way a Silicon Valley startup runs is clearly much different than the way a Pacific Northwest startup runs, or even a New York City startup. But whatever works, I guess…

There was one more presentation from Michael Lopp, author of Being Geek, but I missed part of it and didn’t take notes.

Overall, I found Cultivate to be an excellent conference, and the speaker lineup was stellar. Not every speaker agreed with the next, which was quite refreshing, because who likes a monoculture? Ultimately, technology leaders have to develop their own ideas for how to run their teams and shouldn’t just copy others.