As a follow-up to my last post about poor usability in Windows, I discovered that VMWare is guilty of usability problems, too. Take a look at this dialog box which appears during the creation of a virtual machine: 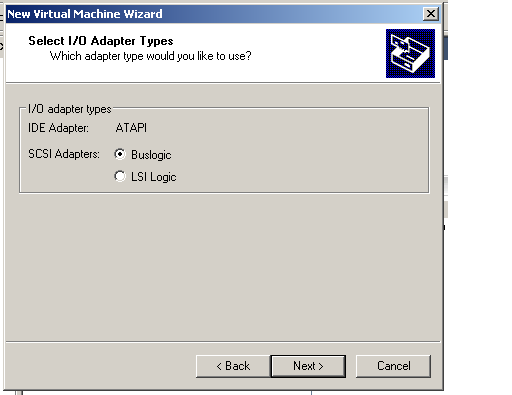 Huh? I looked at this and thought, how on earth can elect to only use a virtual IDE adapter? Apparently this functionality comes later:

Would it have been too hard to do the following?

Then you wouldn’t even need to ask the second question about the virtual disk type.

On a related note, some VMWare users are dumb enough that they’ll try anything.