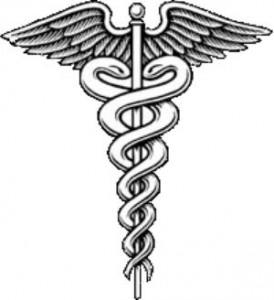 The Hippocratic Oath, taken by doctors, is often paraphrased as “first, do no harm”. I’d like to note the broad applicability of the Hippocratic Oath to system administration. What, for example, is the first thing that you do when receiving a Severity 1 incident in the middle of the night? Correct answer: Look around at your surroundings but don’t change a bloody thing. No good has ever come to a system administrator whose first response is to pound the keyboard furiously and poke around systems, making random changes. This isn’t Hackers, after all. Like a doctor, you need a hypothesis as to what is wrong before operating on your patient.

Beyond just incident handling, though, I’d like to apply the Hippocratic Oath for System Administration using a philosophy that I call, somewhat uncreatively, leaving the defaults the hell alone. Too often I’ve seen people randomly change configuration settings without a true understanding of why. This behavior applies not only to system administrators randomly tuning Linux kernel parameters or PostgreSQL postgresql.conf settings without rhyme or reason. It also applies to the way in which applications are set up in the first place. In this post, I’ll give you some of my guiding principles for leaving things alone and just accepting the defaults even if you know they might not be optimal. In other words, leave the unnecessary tuning for your car, not your job.

Distro Packages Are Your Friends

You probably use an operating system distribution. If you need to install Apache, what’s the first thing you type?

If your answer isn’t apt-get install apache2 or yum install httpd, and you don’t have a really, really good reason for not doing that, this principle’s for you.

Seriously folks, it’s 2014. Why do you care so much about compiling Apache from source? The reason software exists as binary RPMs or DEBs or whatever is because it makes life easier and faster. And your package manager solves all dependencies for you. I really hope that this point’s not controversial; people seem to hate on distro packages a lot, but they are mostly quite good and let you stop worrying about args to pass to ./configure and what CFLAGS you need and all that crap.

Also, distro packages have sensible places for where they put config files, working files, data directories, log files, and so on. Why make your life difficult by changing things for no good reason? Why confuse your co-workers? Sure, I’m not a huge fan of RedHat dropping config files into /etc/httpd/conf.d, but I’m not particularly inclined to fight it by moving all of ServerRoot and DocumentRoot to /srv/apache or whatever my pet directory location is.

Understand What the Package Provides You

For this one I’ll give you a worked example. I can’t count the number of times I’ve talked to people who are running Tomcat on RHEL/CentOS/Fedora who go and cook up their own solution for running multiple Tomcat instances on the same machine. If you read the mechanics of how RHEL has set up the init scripts, sysconfig files, etc. it becomes readily apparent that this is a fully supported configuration, without you needing to bake your own with random Tomcat tarballs unpacked all over the filesystem. Here’s how:

And you’re up and running! Notice how the tomcat6-myco name by which you started Tomcat implies the sysconfig file to use? Notice how by symlinking the right things from /usr/share/tomcat6 into /myco/tomcat6/{bin,lib} you now get all future upgrades of the main Tomcat package?

Also, much of IT work is just pattern recognition: take what you know already, connect a few dots together, and extend that knowledge to create a hypothesis about a new situation. Suppose I want to do the same for JBoss. I don’t know anything about JBoss but I know Tomcat. I also know that the Tomcat RPMs in RHEL have this functionality, and that the framework works in the way I just described. So should I be shocked that RedHat’s JBoss RPMs work the same way? Hell, no!

I have worked with a few system administrators who insist on touching a bunch of sysctls in /etc/sysctl.conf, or MySQL tunables in /etc/my.cnf. Oftentimes they don’t even have any idea why they’re touching them; it’s just a matter of cargo-culting. Is there really a reason, or is it a force of habit?

95% of the software out there has sensible defaults. Most of the distro packages’ settings are pretty good. So leave things well enough alone unless you really understand what you’re changing and the reasons behind it. Sure, the default postgresql.conf doesn’t come with the most optimal settings, but it functionally works. Before optimizing the settings, understand what the impacts are and what each setting does.

Here are some guiding principles for how I run my systems. I run things pretty vanilla, ’cause vanilla is boring but boring means you don’t get woken up in the middle of the night for some random accident that occurred because you touched a parameter for no reason.

We used to say that nobody ever got fired for buying IBM, because IBM was the safe, conservative, but functional choice. I argue that even with fancy “web scale” and “cloud” systems, you still want safe, conservative — and functioning. Nobody also ever got fired for treading carefully, thinking before typing, but also leaving things alone when they didn’t need to be changed.