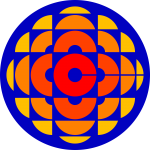 Back in December, Don Tapscott wrote an opinion piece for the Toronto Star entitled “Canada’s online beehive“, in which he argued — begged, in fact — for the Canadian Broadcasting Corporation to “reinvent itself for the digital age” in order to remain relevant. I applaud Tapscott for making the argument; I’ve made it myself, too, both internally and externally during my time at the CBC. But I’ll be frank: I don’t share Tapscott’s breeziness. To achieve such a goal, the broadcaster must shed its staid bureaucracy and develop an internal culture of technological innovation to drastically reinvent how it does business.

The CBC didn’t always lack a “can-do” culture of creative excellence in technology. In fact, up until 1996, the CBC was a leader in engineering, driven internally by a group known as EHQ, or Engineering Headquarters. According to an extensive article in Broadcast Dialogue magazine [PDF], at its peak, EHQ employed 700 to 800 engineers in its Montreal and Toronto laboratories. Some notable accomplishments: building the first national satellite television distribution system, in partnership with Telesat Canada; working with Sony to develop re-usable videotape recording (VHS); moving 23 separate CBC offices & studios in Toronto into one, centralized Broadcast Centre.

That isn’t to say that EHQ was without its critics. Although EHQ pre-dated my time at the CBC, many folks I spoke with informally complained that EHQ was slow-moving and often unresponsive to business needs, designing expensive and over-engineered solutions when something cheaper might have done. One anecdote I heard involved a news director out in Western Canada who needed a new antenna on his building. Engineering came back with a schedule & cost estimate that was far beyond his budget, and they refused to budge. Infuriated, this fellow snuck up in the middle of the night with his crew and installed his own jury-rigged equipment.

Incidents like this invariably contributed to the business’s resentment of the “ivory tower engineers”. And when budget cuts were imposed on the CBC in the 1990s by both the Mulroney and Chrétien governments, the knives came out. The dismantling of EHQ must have been seen as a triumph, not only over a bureaucracy perceived as being out-of-sync with the business, but also as a victory over seemingly unnecessary technological research & development. In a world where budgets were shrinking, R&D is often seen as a frill, one that becomes a resource drain with an unpredictable return-on-investment.

The dismantling of EHQ and the evisceration of the culture of innovation came just in time for the media world to be torn asunder by the forces of the Internet. CBC had blown up the fort just in time for the barbarians to arrive at the gate. In fairness, even with EHQ, it’s highly likely that the early years of CBC online would have been equally as chaotic and riddled with the kinds of mistakes that I saw during my tenure there. After all, broadcast engineers, used to working with purpose-built, embedded systems, would have been ill-prepared to deal with the vagaries of the Internet. The early years needed to be nimble and quick, characteristics not usually associated with a slow-moving bureaucracy. 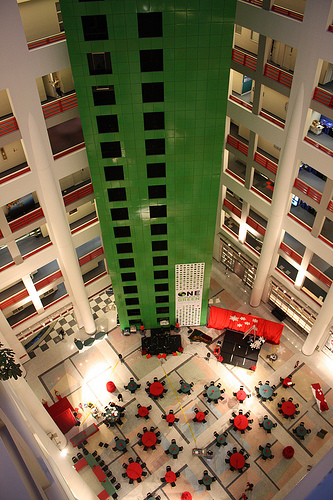 An engineering culture, though, could have served as the bedrock for development of long-term, mature technology solutions, once the uncertain early years passed. (There’s an analog to Google’s Site Reliability Engineering group, which takes ownership of new Google products after at least six months of stable operation.) For example, like many large media organizations with a firehose of content and an enormous back catalog, CBC has struggled mightily with one huge problem: content and digital asset management. Millions of dollars have been spent on ad-hoc, poorly-performing solutions in both digital and broadcast domains because the corporation has failed to develop a long-term strategy that it could then act on tactically. Coupled with a traditional media attitude towards the Internet — there are some senior managers in the business who still don’t believe the Internet is here to stay — and the result is a recipe for many more years of missteps.

There are a couple of key engineering takeaways, too. First, as the World Wide Web increasingly moves from being static to dynamic, the CBC will need sophisticated engineering skills more than ever. Not only will they need experts in the development of high-performance, multiplatform dynamic websites, but they’ll need both broadcast engineers with an understanding of how to integrate with the Internet, and Internet engineers who can help deploy the latest technologies behind the curtain. To build, for example, a web application at CBC today, using current-generation technologies like Ruby on Rails or MongoDB (to say nothing of building, say, a Hadoop cluster) would be an incredibly painful undertaking involving far too many stakeholders getting in the way of “just G.S.D.” Add to that a procurement process more suited to buying thousands of video cameras, with a lengthy capital process and RFPs, you get a recipe for technological stagnation in an era when, as Akamai co-founder Danny Lewin famously said, “You’re [already] behind.”

All of this may come across as pessimistic. That’s far from my intention, because actually, turning the ship around is achievable. Despite having a budget that shrinks in real terms every year (CBC’s budget remains constant and not indexed to inflation), the good news is that many of the changes are cultural. Another piece of good news: it’s really cheap to build things on the Internet. (I mean, you can store things in the cloud for ten cents a gigabyte!) The days of multi-million dollar broadcast systems as the price to entry are over. But it doesn’t mean that the same level of technological seriousness and innovation don’t need to be applied to inexpensive problems. The technology might be cheap but the business impact of doing it wrong is still as high as ever.

Tapscott is right to plant the goalposts of where the CBC should be. Getting there will entail more structural changes than he lets on.