One of the biggest news events in 2017 for those of us working in devops was hearing about abrupt changes at Etsy. In April, institutional shareholders, disappointed by Etsy’s low share price, ousted CEO Chad Dickerson, and under new CEO Josh Silverman, proceeded to slash the workforce and reduce costs. Many talented engineers that I happen to know personally as well as CTO John Allspaw himself were either fired or saw the writing on the wall and made for the exits.

These events were discouraging on a number of levels. First, Etsy’s world-class engineering and web operations team scattered to the winds. Allspaw and many others contributed a great deal to the discipline of web operations by applying lessons learned from improving reliability in other fields, such as transportation engineering and nuclear safety. More importantly, though, is that Etsy’s very existence shone a light on whether it’s possible to build a socially-responsible company within the constructs of the current venture capital, and by extension, capitalist system. What is the place of the social democratic entrepreneur within these confines? END_OF_DOCUMENT_TOKEN_TO_BE_REPLACED

In the move to create humane work environments where we don’t finger-point and engage in witch hunts (good), we’ve created systems in which roles & responsibilities are unclear (bad). I find the term “blameless culture” often synonymous with (sometimes willful) lack of clarity around roles & responsibilities. I wish we would stop using it. END_OF_DOCUMENT_TOKEN_TO_BE_REPLACED

One of the things that bothers me most about America is that it’s not enough to like something or be good at something. You have to aim to be the best. Apparently, things are not worth doing unless you do them to the extreme, which presumably is why workout regimes like CrossFit are so popular. You’re not really working out unless you’re doing an Olympic-level workout. (Presumably, after you’re seriously injured, you’re not having “real” surgery unless you’re going to the most expensive hospital.) END_OF_DOCUMENT_TOKEN_TO_BE_REPLACED

Last week I finally sat down and read Jim Collins’s Good to Great: Why Some Companies Make the Leap… and Others Don’t. Obviously, at Chef we’re trying to build a great company, and I thought this book would show us a way forward.

Good to Great was written in 2001, so you might be wondering why it’s taken me 13 years to crack it open. Well, quite honestly, I once had a co-worker and friend who was given this book upon starting a new job, and he scoffed at it. In retrospect, I think he did so because it was obvious that his employer was most definitely not on the path to greatness. The notion that handing out copies of a business book could fix their dysfunctional culture & failure to execute is laughable. It’s about as useful as giving anti-drug pamphlets to a meth user. In any case, I associated his mockery with the conclusion that the book is bad, which it most definitely is not. END_OF_DOCUMENT_TOKEN_TO_BE_REPLACED

This is the beginning of a continuing series of reviews about books on management and leadership. Think of it as a “papers we love” but for folks who have chosen to pursue a non-technical path in their engineering careers.

At some point I figure I’d like to be CEO of my own company. So it was with great interest that I picked up Ben Horowitz’s “The Hard Thing about Hard Things”, which is partly a memoir about his time running LoudCloud and Opsware, which he eventually sold to HP in 2007 for about $1.6 billion. Along with Marc Andreessen he then went on to found the well-known Silicon Valley venture capital firm Andreessen Horowitz, which has invested in Facebook, Foursquare, GitHub, Pinterest and Twitter, among others.

From this CV it sounds like he has been wildly successful as an entrepreneur and CEO. But like all Hollywood stories (and Wikipedia articles) it glosses over the twists and turns in his career that, for instance, almost saw LoudCloud go bankrupt several times. (He also pivoted the company from being a cloud services and hosting company to a product company, nearly bankrupting it again.) Horowitz claims that many management books out there only give you advice about the happy path, but don’t teach you how to deal with adversity. That’s where the book comes in: no-nonsense advice about the many difficult situations you’ll find yourself in as a CEO. END_OF_DOCUMENT_TOKEN_TO_BE_REPLACED

I started my job at Opscode Chef a little over a year ago, on March 4, 2013. I admit that job-wise, I have a short attention span. Usually by this point in a technology job, I’m getting antsy and bored, but not at Chef. I love working here and I routinely describe it as the best job I’ve ever had in IT, which probably shocks anyone who’s ever known me. On my one-year anniversary, I thought I’d take a little bit of time to unpack why I keep saying that. END_OF_DOCUMENT_TOKEN_TO_BE_REPLACED

Here are some more quick hits from the Cultivate Conference last week in New York.
END_OF_DOCUMENT_TOKEN_TO_BE_REPLACED 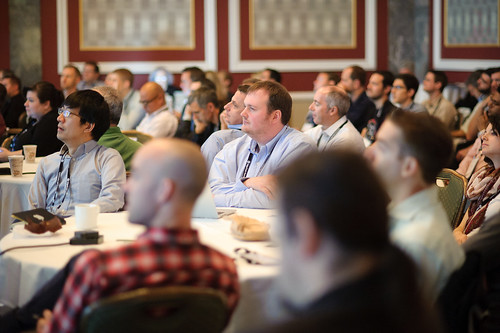 Last week I had the opportunity to attend O’Reilly’s inaugural Cultivate Conference in New York City. Organized by two tech industry veterans, Eli Goodman and Kate Matsudaira, the conference was just what I needed: a group of super-intelligent folks getting together and talking about culture and leadership in an industry where such discussions are all-too rare. Instead, our field celebrates the “cult of the engineer“: the singular focus on often-heroic technical achievement to the exclusion of all the other factors, including leadership and organizational development that are needed for companies to truly succeed both as industry leaders and as sane places to work.

The celebration of minimal or no leadership has been subtly reinforced by blog posts from company founders like Ryan Carson of Treehouse, which seem to imply that management (and leadership) only get in the way of product development. These kinds of blog posts sadden me. I’ve certainly worked in enterprises where layers of useless middle management decreased business agility and added to the firm’s impending obsolescence, but I’ve also had managers who truly took the time to consider my career development and served as my mentors. Obviously, I am conflating “management” and “leadership”, and these are two different things. But at the end of the day, good managers do serve a useful function, and to abolish that role entirely leads to stunted growth in an organization.

I’m getting ahead of myself as I preach from the soapbox, so let me summarize some of the interesting lessons I learned from the conference. This will be a series of posts, because there’s no way I can write this all at one sitting. END_OF_DOCUMENT_TOKEN_TO_BE_REPLACED

Ryan Holmes, the CEO of Vancouver social media startup HootSuite, wrote a column in today’s Financial Post entitled “Why Canada is failing at tech“. Holmes basically asserts that Canadians are “failing” at technology because the country isn’t graduating enough computer science and engineering talent to fill the available job openings. I don’t think Holmes has gone deep enough in his analysis. Why aren’t many people choosing computer science and engineering as career paths and the “jobs of tomorrow”? The answer to the question, I think, is pretty simple: it’s actually not a very nice job being a software developer. END_OF_DOCUMENT_TOKEN_TO_BE_REPLACED 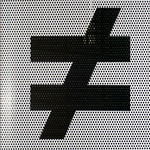 After seeing yet another person whose Twitter profile says “retweets ≠ endorsements”, I feel compelled to say something. “RT ≠ endorsement” doesn’t distance you from something you’re retweeting. Rather, it’s the electronic equivalent of the annoying phrase just sayin’: a passive-aggressive way of making a statement while pretending not to have made a statement. Sorry, but I call shenanigans.

I understand that sometimes you want to comment on someone’s opinions by simply showing their own words. In that situation, why not add your voice to the conversation by prepending a couple words to the retweet, or condensing/summarizing the original tweet using a MT (Modified Tweet)? People follow you on Twitter because they want to know your perspective on things. You shouldn’t just be a mouthpiece for other people.

In short: If you don’t completely agree with or endorse an opinion on Twitter, don’t just blindly retweet it and think that “RT ≠ endorsement” will cover you. Add some color to the retweet to clarify where you stand. Not only will you show that you’re not afraid to have an opinion, but your followers will thank you for continuing the conversation. Isn’t that what Twitter is about, after all?